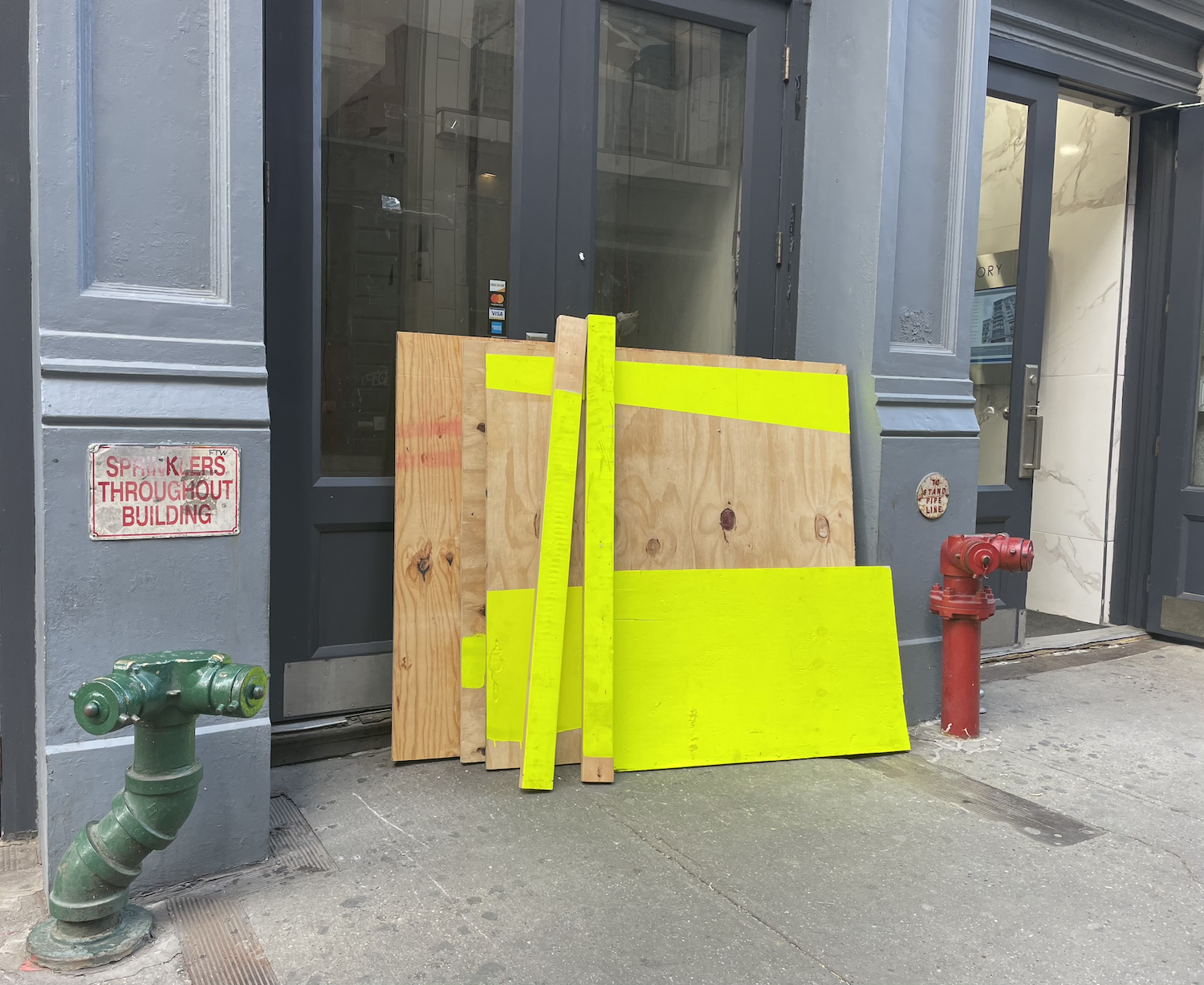 Russell Maltz (b. 1952, Brooklyn, NY; lives NYC) is one of the leading reductive artists of his generation. Over the past 40+ years, he has exhibited his work in solo and group exhibitions internationally, including in Switzerland, Germany, Denmark, Austria, Sweden, Israel, Mexico, and the United States. The first comprehensive retrospective exhibition of his work was mounted by the Stadtgalerie Saarbrücken in Germany in 2017, and was accompanied by a 230-page book published by Kerber Verlag. Here at the gallery, Maltz has mounted 2 engaging solo exhibitions – Painted / Stacked / Suspended (2017) and The Ball Park Series, 1977-2012 (2012) – and also participated in the two-person exhibition Plywood alongside artist Melissa Kretschmer (2015). In 2012, he produced a major installation entitled Painted/Stacked Oaxaca at the Museo de los Pintores Oaxaqueños, part of our exhibition MINUS SPACE en Oaxaca in Oaxaca, Mexico. Maltz’s work is included in collections worldwide, including The Brooklyn Museum, Yale University Art Gallery, Fogg Art Museum/Harvard University Art Museums, Museum Moderner Kunst (Ottendorf, Germany), and the Gallery of Western Australia (Perth, Australia). His work has been reviewed in publications such as The New York Times, Artforum, Art in America, and Village Voice.

Founded in 2003, MINUS SPACE presents the past, present, and future of reductive art on the international level.